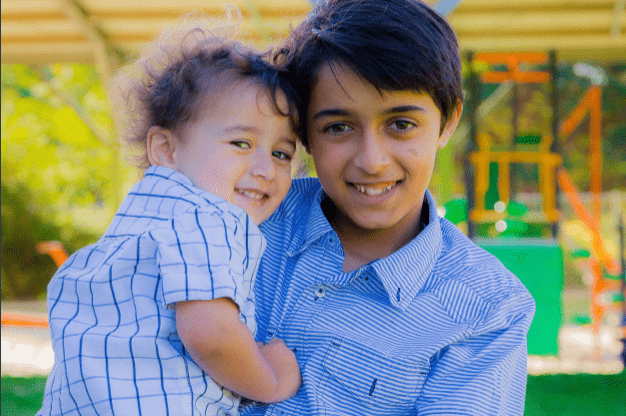 Hi, I’m Kam. My family migrated here from Sri Lanka (SL) when I was 10 and now live in Mount Nasura WA. Those are my two boys.  Ravi is 12 and Saji is 4. Ravi was a 100% disposables baby as I had never heard of MCNs and I wasn’t prepared to do the whole terry towels and pins with washing and ironing that came with traditional nappies (which I had some experience with when I helped out my cousin with her first baby in 2000).

Saji came along after I was out of work and hubby Dave had decided to change career direction so money was tight. I found out about re-usables only when a package arrived for my sister who now lives in SL and she wanted me to check if they sent the right items. She had ordered some waterproof nappy covers from an online retailer. My sister was expecting her baby and she was going to use these pretty covers over cotton terry traditional nappies which still gets used in majority of SL.  When I went onto the retailer’s website I was thoroughly confused…I could not understand the lingo or abbreviations they used – it all seemed so technical. However I didn’t give up. I persevered and researched and eventually found a stall at a Baby Expo where they had nappies to touch and feel and try on a doll. I also found out there were things called nappy libraries to try before you buy.

I hired a full time newborn kit through a nappy library and it arrived on the same day Saji came into this world. Both my hubby and I loved these tiny little newborn sized nappies, the prints were gorgeous and fabric was so soft. I was hooked. I sent them back after 6 weeks and received a kit with larger nappies OSFM package because I wanted to try all the brands I had heard so much about but I wasn’t going to commit to any one without trying them out first. After 9 weeks of full time cloth, I was confident that I can handle the poo, the washing and folding and in fact I found it very satisfying and enjoyable!

Saji has worn disposables for the few days we were in hospital and when we went back to Sri Lanka for 3 weeks in 2018. So I know there’s a place for disposables but it just doesn’t have to be the norm.

My motto is “be the change you want to see in the world” so I thought that more parents need to know about these awesome re-usable nappies as you didn’t see them much in mainstream shops (although you do now). I approached my local council’s waste officer who put me in touch  with Switch your Thinking. Thanks to a grant Switch Your Thinking had received from Waste Authority of WA for cloth nappy workshops –  The Nappy Guru was born! 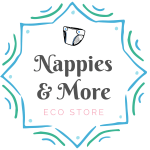